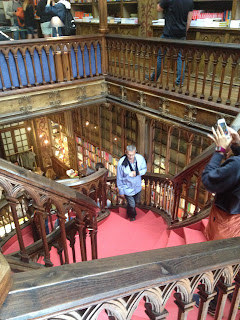 Mom and I get up early to meet Leigh at the airport.  From there mom will take the bus back to Valença and Leigh and I will go back to the city of Porto...but not before the ritual coffee first! 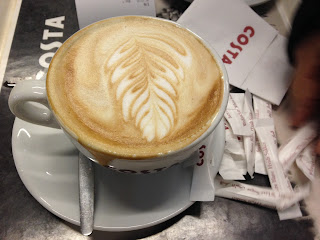 A quick nap and refreshing shower for Leigh at the apartment (not before an "Oh my God, that view is amazing!!!") and we're off.  The cathedral, pillory and river view are also first on the list along with the Saõ Bento station tiles. 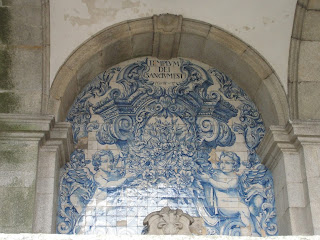 Many "OMG's this is so beautiful!" later we found ourselves ready for lunch.  I researched high and low and because we would be in the very hip Victoria neighborhood, I chose BOOK restaurant.  As the name would suggest, it was once an old bookstore so it had tons of vintage/mod character.  Even the menus were presented to us inside old novels.  It's a fairly new restaurant on the Porto food scene but it had already received accolades from the New York Times so I figured it should be a winner.   Happily, it did not disappoint!  Leigh had prawns with a squid ink pasta and I had the grilled octopus and it was complimented with a glass of the regional house Douro wine for each of us. Delish!  For dessert we shared a slice of the chocolate paõ de ló con frutos silvestres  (sponge cake with macerated berries) that the restaurant proudly boasted as the world's best and again, it was a real winner!  Welcome to Portugal Leigh! 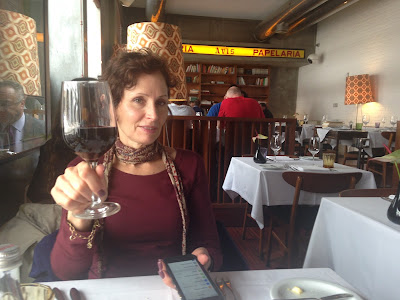 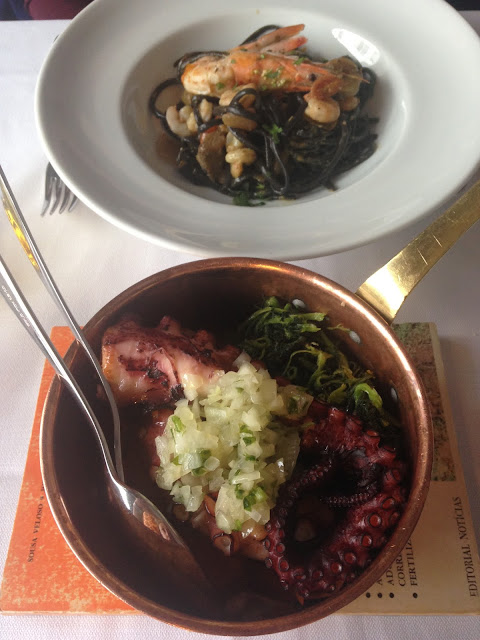 A slow walk down the Galeria de Paris brought us to A Vida Portuguesa, a store offering a selection of popular Portuguese products, many that are well know everywhere - from Claus Porto soaps to Rafael Bordalo Pinheiro pottery.  It took up the second floor of another one of those jaw dropping, ornate but not over the top turn of the century buildings.  The hall wood staircase display of ceramic swallows in flight was my favorite. 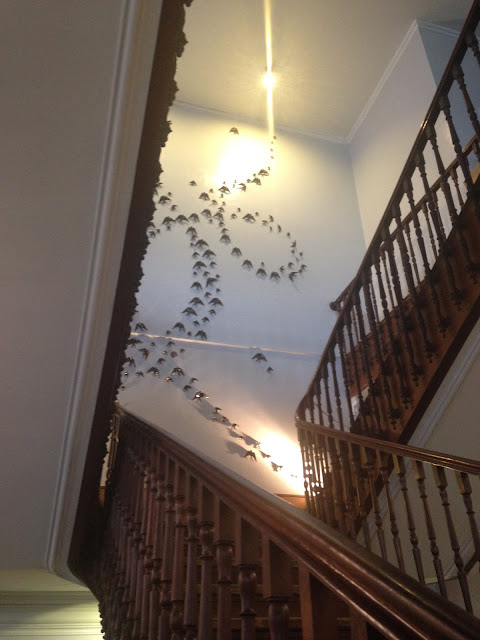 And speaking of jaw dropping, over the top...down the street was the Lello & Sons bookstore.  Coined as the oldest bookstore in Portugal AND rumored as the inspiration for J.K. Rowlings' Hogwarts interior.  Did you know she was once married to a Portuguese man and wrote the first Harry Potter novel in Porto where she resided for a period of time?  It's true!  One look at my interior photo and you'll know why.  It's was very beautiful and very detailed, something to see at every corner.   We were glad to have visited it even if we did have to pay 3 Euro each as entry.  Tacky I agree, but a good (and probably necessary) form of crowd control! 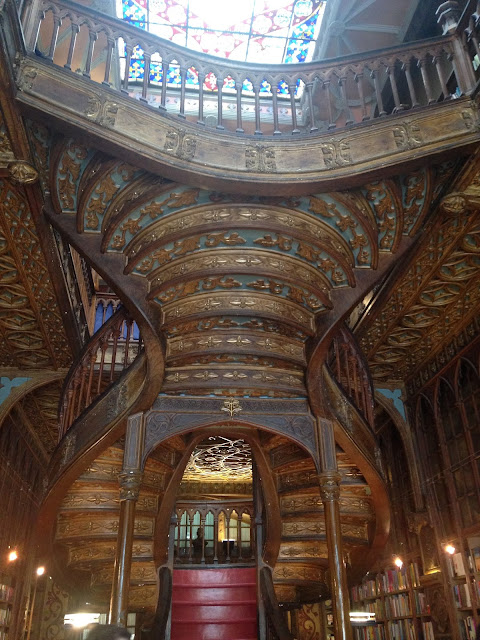 At this point, full in the belly and a bit tired we make a loop back towards the apartment stopping by the Carmo Church and Clérigos Tower (249 steps to the top were NOT going to happen this time around!). 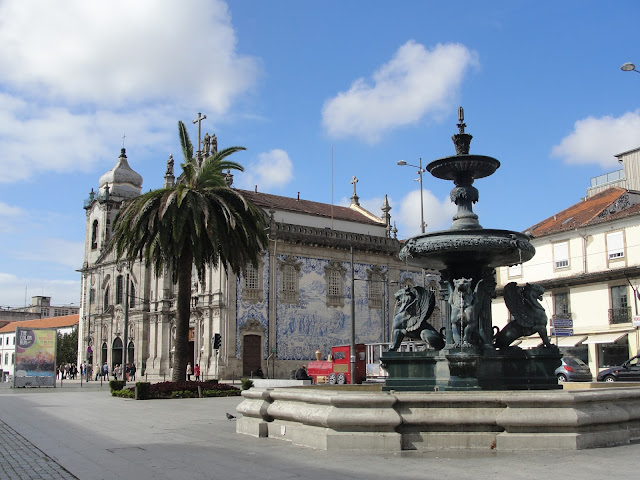 The later part of the day found us walking down the Rua das Flores (a beautiful pedestrian street full of great architecture, shops, cafės and restaurants). Remarkably hungry again we decided to eat a lighter dinner of the regional sausage, cheese, bread, olives and wine at the Mercearia das Flores.                     So good! 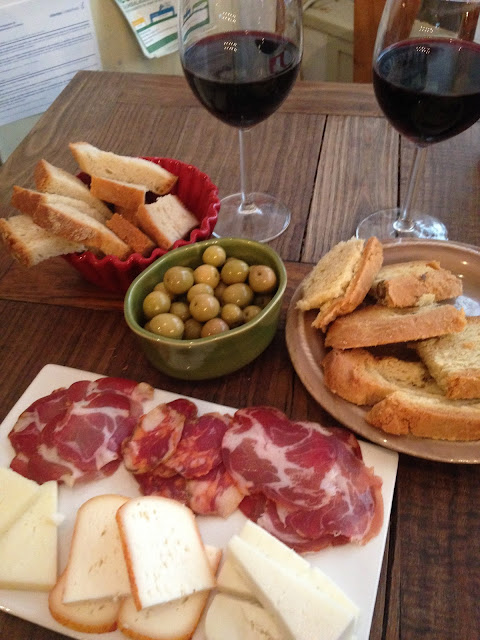 On our way down to the Baixa we stopped at MANY shops along the way.   I showed Leigh the bustling Baixa, Rio Douro, Ponte Luis I bridge and Port Lodges...not to mention the naked mannequin on the balcony (See Monday's blog ;)

We ended our evening sharing churitos with Nutella (our girls would be jealous!) before passing out in sheer exhaustion.
Posted by D'alma at 2:30 PM